Our perspective on "The Gender Gap" 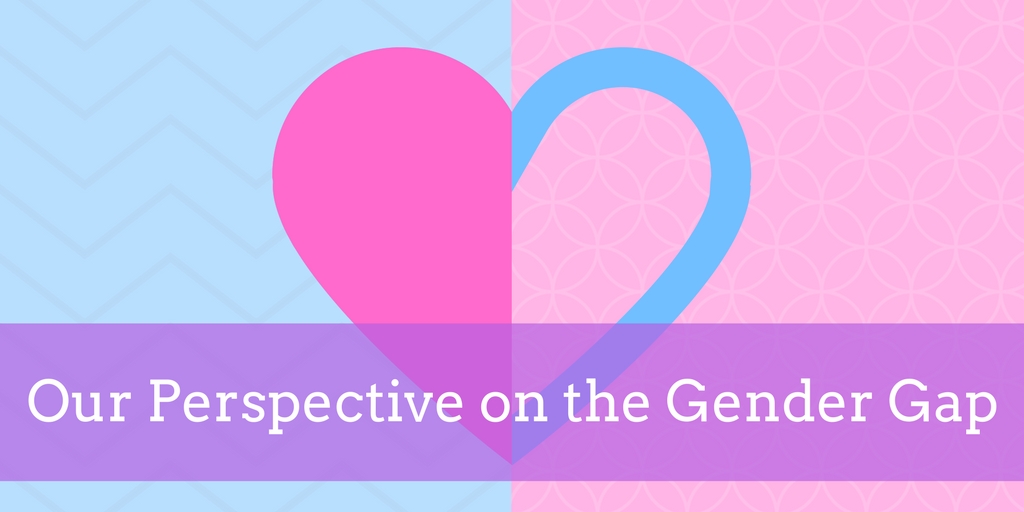 Recently, we announced our Elementary Computer Science Standards, and I made the following statement:

More girls are not going to be encouraged to code just from a game. Without the instruction and encouragement of a teacher, students will self-select for computer science the same as before, and we will end up with the same demographically stunted, male dominated workforce we have now.

This apparently angered one of our readers, who accused us of being an "entire company is full of backwards leftists who are trying to encourage girls instead of boys." He went on to articulate that a male-dominated workforce was not a problem.  Even though this person has probably never even used our product, I saw this as an opportunity to really articulate our view on the gender gap in computer science. I have gone in to more detail below in the hopes that it can help others engaged in this unfortunate debate around the country and around the world:

There’s one of two problems. Either

The “bug” in computer science can be seen by simply walking down the isle in any toy store in America. Boys are funneled to Legos and blocks, girls are funneled to rows of bright pink dolls. From the time we are born, children are expected to fit into gender and social norms.

Sayings like, "Sugar and spice and everything nice, that's what little girls are made of," and "Boys will be boys," are a prime example of such. We expect boys and girls to fit into these roles defined by society, our parents, and our education. Until women entered the workforce, the roles were strict and quite defined.

Since the 1960's, women's workforce equality has been gradually increasing. Women made up 52% of the workforce in 2014. (2) However, we still have a long way to go. Women make 80 cents for every dollar a man makes (3), childcare is still a major issue for women in the workforce, and since 1984, the number of women learning about computer science and STEM has dropped.

In 1984, women accounted for 37% of CS undergraduates, while in 2011, they made up only 17%. Studies indicate our defined role for a computer scientist has caused much of this decline. Marketing messages depict men as owners of personal computers and gadgets. Girls are ALREADY being artificially encouraged NOT to code before they can make the choice themselves!

I’m fundamentally against targeting ANY group specifically, and I’ve taken great pains to make sure my company never does that. We regularly speak with both boys and girls to ensure Kodable is appealing to both of them. We were especially careful in the development of our upper elementary content, because this is when kids start to become aware of social norms and expectations. Not only does talking with kids help us bridge the gender gap, but they have awesome ideas like rainbow geysers and better, kid-friendly terminology for concepts.

I want to include EVERYONE in computer science. When we started Kodable, my co-founder Grechen Huebner and I looked around at what was available for kids to learn to code. She was not pleased with the selection for girls. Most of the tools and programs available we're quite "boyish". Games played into what we think appeals to boys through dark color pallets and a logical progression without much emphasis on narrative. Grechen and I set out to make something that would teach and engage all students.

Since the start of Kodable, we have received criticism for many things, including targeting boys or girls over the other. However, we're thrilled that the gender percentages of Kodable users reflect the population of men and women. We have just over 50% female users. We're still meeting our goal of teaching computer science in a way that appeals to both genders equally. The Kodable team includes 3 women and 2 men.

Equal access to quality education is something very near and dear to our team's heart, and it will continue to shape the way we build and market our product.

All of this comes with the caveat that you actually believe that boys and girls are equally capable of becoming programmers. Because if you don’t, I honestly don’t want you using my product anyway.