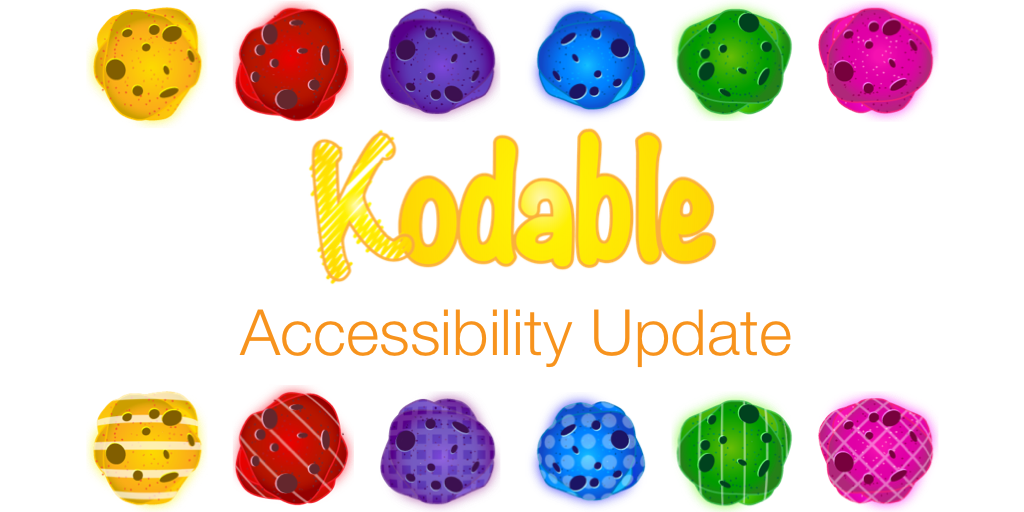 Kodable is a great way for even the youngest kids to learn programming skills because we use elements such as numbers and colors instead of complicated syntax and code. We've spent a lot of time developing this intuitive, accessible interface for kids to learn because we believe every child should have the chance to learn to code. Recently, the Kodable team faced a statistic that we had not accounted for - almost 5% of kids are colorblind!

What does it mean to be colorblind? In simplest terms it means that you have trouble differentiating between certain colors. This picture from colorblindawareness.org illustrates how someone who is colorblind might see different colored objects.

With Kodable being used by over 15 million kids worldwide, this meant that 750,000 kids couldn't use Kodable correctly. Obviously we wanted to change that.

The spark for change came the day we hired Greg, our new designer. Greg is one of the most talented artists I've ever met, but after a week at Kodable I learned an interesting fact about Greg - Greg is colorblind! He couldn't easily differentiate between conditions in Smeeborg or strings in Asteroidea. Together we decided to make a change.

Starting with version 8.2, Kodable will now feature a Colorblind Mode that can be enabled or disabled at any time.

When enabled, this mode adds a pattern or texture to all game elements in Kodable that differentiate themselves based on color.

Here is an example of this in practice in Asteroidea. We add striped patterns to red and green variables to differentiate between the types. We've also matched the patterns with the corresponding asteroids, as is visible below:

This is a free update that will be available to every teacher and parent on every device that runs Kodable. Our mission is to help give all children the opportunity to learn computer science, and we feel that this brings us a little closer to that goal.