Learning to Code for Beginners

How I Taught Myself to Code: Hello World! 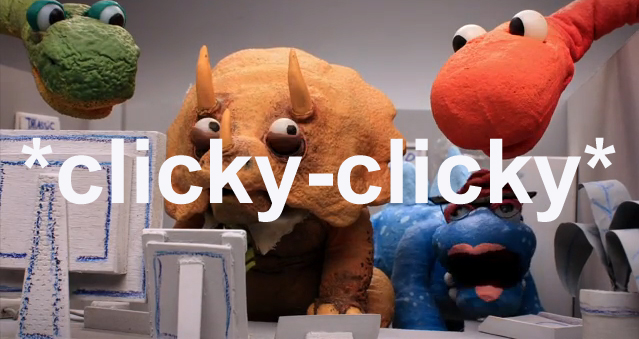 There are so many resources out there for learning to code these days that it can be next to impossible to know where to start.  As the sole programmer for Kodable (for now - we’re hiring!), I am completely self-taught.  I have never taken a formal programming class in my entire life.

In less than 4 years, I taught myself everything I needed to know to build an app that is currently used by over a million kids around the world.

In this 3-part series, I will share with you my journey from learning to code at 6 to founding Kodable. Hopefully this will inspire your own programming journey!

Back In the Dinosaur Age

My first initial exposure to programming was when I was only 6 years old.

My computer was an old Toshiba that looked exactly like this ➜  Remember those days?  Truthfully, I was always in trouble as a child.  If you don’t believe me, ask my parents, but be sure to put aside a few hours.  Anyways, I was always grounded, and my parents would let me play on this ancient computer because they refused to believe that I could have any fun on it.

The battery didn’t work, so I could only use it plugged in, and it didn’t even have a mouse! I had to use keyboard shortcuts like some kind of caveman or dinosaur!

Eventually, I started tinkering with the system and ended up finding the BASIC compiler in MS-DOS.  After playing with it for a bit I ended up having my parents take me to Barnes and Noble to buy a few programming books.  This led to the creation of my first program, which was a password program that would start when you booted up the computer.  If the user entered the password correctly, the program would let you access the computer.  But if the user inputed the wrong password, it would say, “You’re an idiot! Try again.”  Like I said, I was always causing trouble as a kid.

After this, I continued tinkering for a few months and even tried to tackle C++, but that turned out to be a bit too intimidating for me at the time, and I ended up losing interest.  I didn’t program again until halfway through college 15 years later.

Even though I wasn’t writing code, the way I had learned to think like a programmer stayed with me.  In school, I would constantly find myself analyzing problems using programmer logic.  For example, I would often look at things in terms of if-then-else statements: If this happens, I will do X, otherwise I will do Y.  This ability was invaluable as I made my way through high school, college, and especially when I began to teach myself programming.

As a student at the University of Louisville in the Entrepreneurship program, I knew I wanted to start my own business.  I also knew that I wanted to do something in technology, but it quickly became apparent to me that I couldn’t do this without some sort of technical ability.

At the time, it was too late to change my major, and I also didn’t want to rely on someone else to build my dream for me.

So halfway through college, I decided to teach myself programming (again).

In Part 2 of this series, I will detail exactly how I carved my path through the maze of programming materials available, and hopefully give you some friendly advice and direction for your own journey as well!